Antoinette “Ayn” Leith Seegers passed away on July 10, 2020 at her home after battling a rare blood cancer. Ayn was born in Manhattan, New York on September 1, 1939 to Joseph and Mary Caporicci. She married her husband of 60 years, Eugene Seegers, whom she met as they both volunteered at a charity talent show. 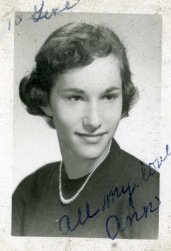 Ayn graduated from Bloomfield High School in New Jersey with the class of 1957. Later she studied nursing and became a licensed nurse in 1975. She had a love of taking care of others and enjoyed making people feel well. When she moved to Lemont, Illinois she worked at a convent for Franciscan Nuns. She learned enough Polish to communicate with the nuns that did not speak English. 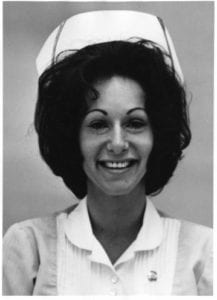 Ayn was known to be an avid reader and mostly loved history books and mystery novels. She enjoyed cooking and is famous for her spaghetti and Italian meatballs. She enjoyed puzzles, sudoku, and had a great talent for crocheting. She made many blankets over the years for friends and family. Ayn was passionate about her family, grandkids, and religion. She was a Sunday school teacher for many years and worked for the church for a period of time. In later years, Ayn moved to Gold Canyon, AZ where she was very involved in her community. She volunteered as treasurer of the HOA for 10 years and became close friends with her neighbors.

Due to the current pandemic, a Celebration of Life gathering will be announced at a future date.