Robert (Bob) Paul LaRocque passed away unexpectedly on October 17, 2021 after a courageous battle with cancer. He was 69.

Bob was born April 6, 1952 in Glen Cove, New York to his Father, Robert Henry LaRocque, and Mother, Jeanette Mary Perrotto. He is survived by his wife Debbi of 35 years, his two sons, Tyler (Izzy), and Jonathan; siblings Karyn (Nic), Steven (Vicki), Linda and Celeste (Tim) and a grandchild. He is predeceased by his father. Bob was a loving son, father, husband, and friend to everyone.

He graduated from New York Agricultural and Technical College with an AAS in Construction Technology in May 1975. Upon graduating, he worked at Fairchild Republic Company from June 1975 to June 1979. He was hired by Intel in July of 1980 where he held multiple positions including Facilities Designer, Facilities Project Coordinator, and Project Manager. While working at Intel, Bob attended New York Institute of Technology and Arizona State University before receiving his Bachelor of Science from University of Phoenix. It was at Intel where Bob would meet Debbi. They married on October 18, 1986 and together had two boys, born in 1992 and 1995. Bob loved being a father. So much so that he retired in September of 1998 and became self-employed, embarking on a new journey with his own company, Ranchwood Homes & Development, which allowed him to spend more time with his sons and earned him the title of Mr. Mom. He was a devoted father and an accomplished entrepreneur, taking an incredible amount of pride in his work. Even designing and building the last two homes that housed his family.

He is remembered as a passionate baseball fan and had an undeniable love for the New York Yankees. He enjoyed spending his free time attending games live or catching them on TV. However, perhaps nothing was greater than Bob’s adoration of music. Playing it and listening to it. He amassed an amazing collection of ticket stubs from the many concerts he attended at some of his favorite venues, Fillmore East and Madison Square Garden, in the 1960’s and 70’s and loved to tell about how he met Led Zeppelin at a Jacksonville airport when he was 17. One of his greatest joys was playing the box drum in a three man band, The Maasman Band, at gathering spots throughout the valley.

Bob will be sorely missed but will never be forgotten. He lives on forever in the hearts of all he has touched.

The memorial service will be held on Friday, November 12, 2021, at 10 a.m. at Valley of the Sun Mortuary & Cemetery in Chandler, followed by the placing of the urn in the niche. The family insists that donations be made in support of cancer research in Bob’s honor, in lieu of sending flowers. A Celebration of Life will be planned in the future. 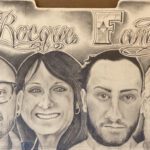 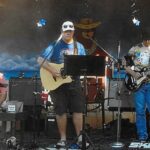